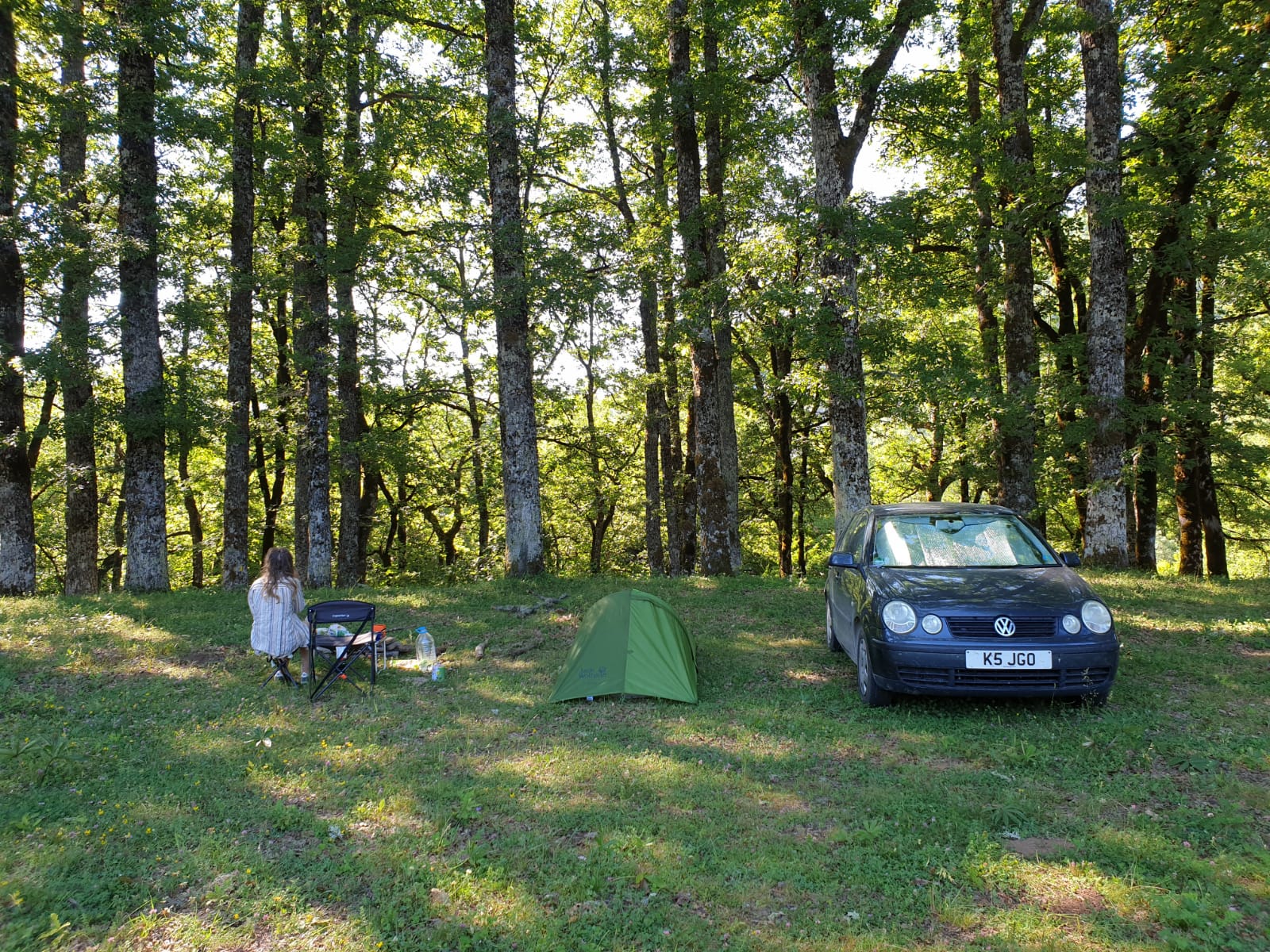 Travelling can be expensive.

If you add up the cost of everything from accommodation, flights, food, insurance, trains etc the total can be eye watering. That’s why if you’re really serious about wanting to travel far and for a long time, many people these days are opting for buying or renting a van.

What if I told you there was a cheaper and more cost-effective method than that? I present to you: the humble car. And a small one at that.

My boyfriend and I used just that to spend just under 3 months together travelling across Europe last summer. We learned many things about each other along the way and also many valuable lessons about travelling on a budget and living in such a limited space in peak temperatures.

There were many highs and a few lows that had more to do with mosquitos than ourselves. If you are enticed by the ‘van life’ but lack the funds, perhaps the ‘car life’ is for you.

We have all seen the trend going around of these super aesthetic ‘van life’ videos and how happy they are when they open the back of their van to reveal everything one or two people would need to survive. Imagine that video but instead of a van, it’s a 2006 Volkswagen polo.

I admit, I am sort of piggy-backing off of my boyfriend’s adventure and idea. When I met him back in 2018 in Glasgow, Scotland, he had recently traveled up from England where he bought the car. He is originally from Australia and had to budget very carefully to stay in Europe for as long as possible. He figured – since he traveled all this way – he may as well stay for a long time and see as much as he can.

Christian bought the car (named Vicky) as a way of having more freedom to travel around the UK, with the notion in the back of his mind that he may take it to mainland Europe but with no solid plans. Other methods of transport are rather limiting in terms of where you can go and what you can see.

Christian stayed with me in Glasgow for a while and then traveled on his own down the UK to the bottom of England, got on a ferry to France then drove all the way through Europe to Sweden. He spent some time traveling around Norway in winter, which was a disaster and story for another time, then headed back down through Europe to eventually end up in Bern, Switzerland.

I Hopped on The Bandwagon

This is where I joined him. He had settled on a work-away farm near Bern for about 2.5 months before I got there, meaning I had 3 whole months to work my butt off to save before I traveled over to meet him. I arrived in late May which was the end of spring and surprisingly hot, a little taster of the heat we would face later on.

We both had tight budgets and for me the only way this trip was possible was from the money I would save by not spending money on travel and accommodation. There were fuel costs to think about, but it was nothing in comparison to the amount we could have spent on hostels and trains.

The set up we had was that during the day our rucksacks would go on the back seat so we had easy access to everything in the boot. In the boot we had: our chairs, a little table, camping stove, food, cutlery, pots and pans and cleaning things. This way when we stopped to eat, we didn’t have to wrestle with the bags – not something you want to be doing out in the sun.

We would go shopping for food every few days and because we had no way of keeping anything cold, we had to be cautious and get creative with what we ate.

Christian had sort of perfected it all by the time I arrived. We mostly bathed at public showers at beached and treasured every drinking water tap and toilet we came across. Occasionally we would sleep in a one-man tent if there was an area we could find that was safe and suitable, it was a lot cooler than the car surprisingly.

My first real flavor of the car life was when we left Switzerland at the beginning of June and drove down to Italy and stayed in a car park after 12 hours of driving.

Let me stress this, I do not drive. I know, what the hell (I’m learning now, don’t hate) so this meant Christian done all the driving. But fear not! He tells me he loves driving and I believe him. The drive down was hot, humid, and long.

We realized the aircon in the car wasn’t working so rolling the windows down was the only thing that provided slight relief. We arrived at Lake Como and used an app called ‘Park for a Night’ to find a place to sleep. There were people walking around all night, shouting, laughing – and it was so damn hot.

To sleep we rolled the two front seats back so they were as flat as they could go, crack the windows a little bit and hang towels and blankets over the windows to give us a tiny bit of privacy.

Realization dawned on me that this was my life for the next three months – and I loved it. I admit this life is not for the faint of heart. As a pale, Scottish girl the summer heat was sometimes so hot for me to bear but it was all worth it. I never would have thought I could afford to go on a trip like this and see so many countries but the car made it all possible.

Don’t get me wrong, we often looked at all the vans and campervans with envy but I still wouldn’t have changed a thing with our journey. There were times when I wished for nothing more than cold water, a shower, and a bed, but a quick trip to the beach usually pushed those thoughts away.

From Italy we traveled to Slovenia, Croatia, Bosnia, Montenegro, Albania and Greece all only by car. We decided to use a ferry to get over to Italy then from there we went to Sicily, Malta, back in a ferry to Sicily and all the way up through Italy to Switzerland again.

Then off to Berlin for a music festival, going through Belgium to France and boarding a ferry there to England where we drove back up to Glasgow, home sweet home.

If there are any valuable lessons we took from this it was: buy a windshield cause it saves so much gas when cooking, don’t be afraid to bathe in the sea (provided the soap is eco-friendly), buy mosquito nets for the car window sooner and just talk to everyone and make friends everywhere! We didn’t so that part enough.

So, if you’re out there with a small budget and a burning desire to travel, why not spend this time during lockdown and these travel restrictions to carefully plan a trip living in a car. You might have quite an adventure! 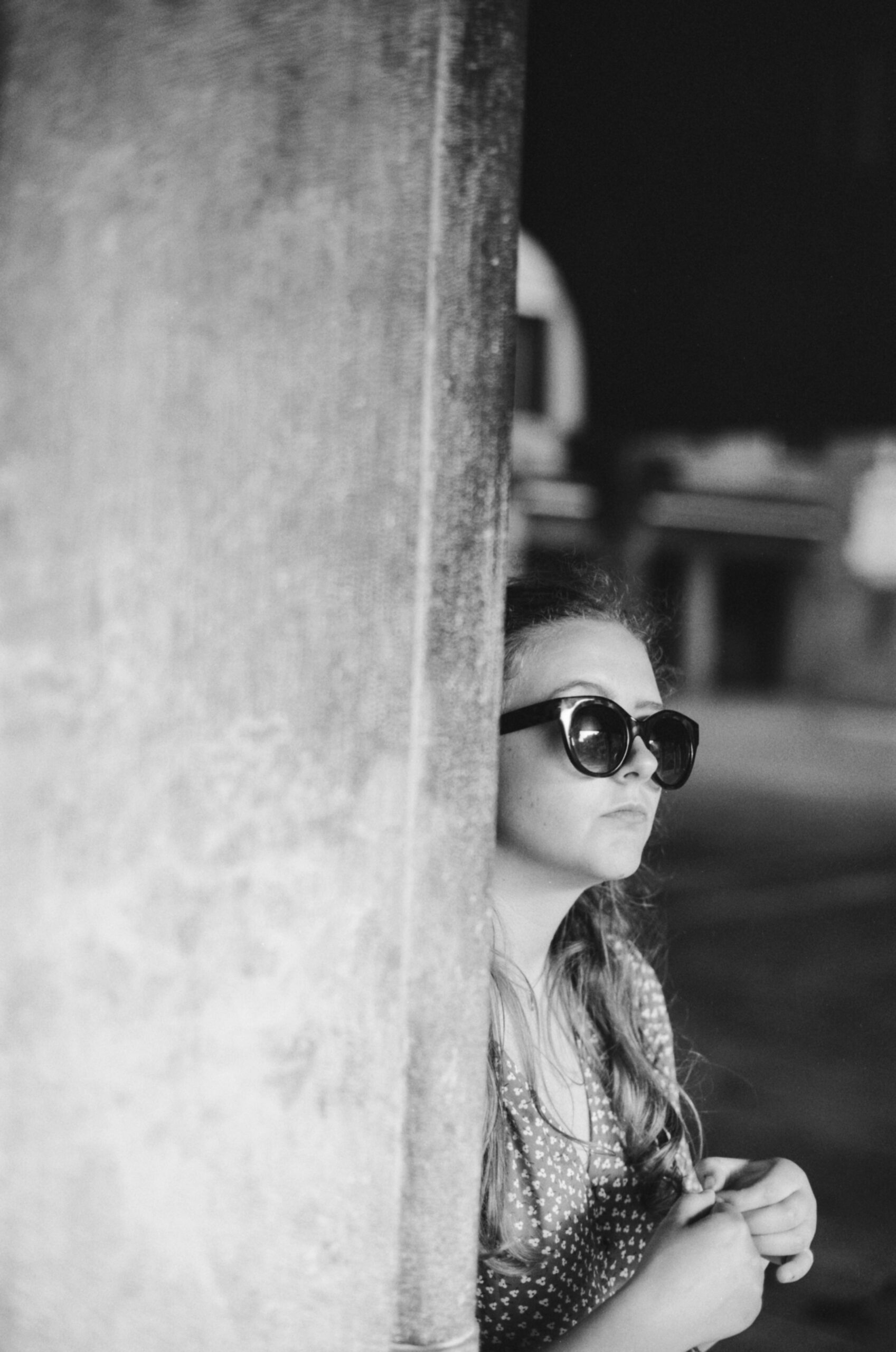 Natacha Woods is a writer from Scotland currently living in Australia. She has written many articles for a variety of different publications but always comes back to travel writing due to the fact she’s caught the infamous travel bug we all know.