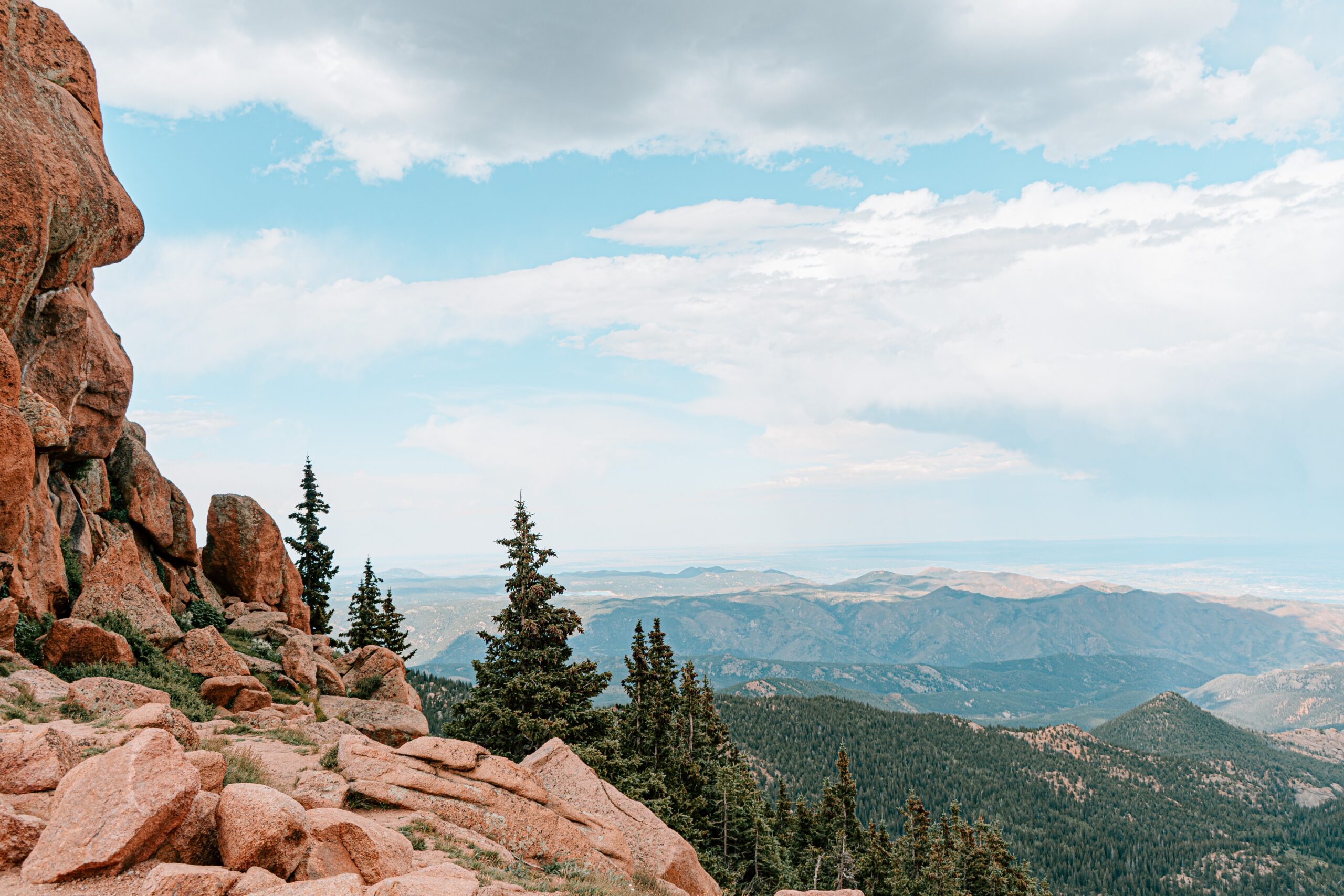 Living in Colorado, we began noticing that the weather was changing years ago.

We noticed that the snow seasons were getting shorter, that rainy days didn’t seem to happen as often and fire seasons were becoming a lot longer. Coloradans and folks across the world have sadly become aware of climate change in real-time.

As a person who enjoys being outdoors, I started noticing that these changes in our weather were changing the way that I planned for, thought about and experienced the outdoors. For casual and serious hikers who are looking to enjoy a hike in their home town or a vacation destination, there are some things that need to be considered before saying “yes” to your next hike.

What is the Temperature of the Day?

Check the weather! This seems pretty straightforward, but I’ve met a surprising number of people who just use good vibes and flip flops when hiking.

There is a well-known hike in the Colorado Springs area called the Manitou Incline. It’s 2,000 feet of brutal steps on a mountain that gets hit directly by the sun for most of the day. Recently, I was speaking with a tourist who told me that they wanted to hike it. Then, they told me what time they were considering and I told them that they were crazy. The tourist said that they planned on going at 1:30 pm in the afternoon. The worst time of day to attempt something like this because the heat and sun is so brutal during the afternoon.

This is an unfortunate reality especially in western states. If you’re visiting states such as: Colorado, Utah, Texas, New Mexico, California during the summer it is very likely that there may be fire activity during a mid to late summer visit. This fire activity is often weirdly framed as an inconvenience on many people’s trips versus an increasingly dangerous reminder of how temperatures are changing in real-time in our favorite destinations.

Doing a quick fire check will also save you time especially if you’re in a place that’s new to you. Keep an eye out for signage usually posted at the beginning of most trails that give an indicator of fire risk.

What is the Air Quality?

During the summer of 2021, I hiked the Herman Gulch Trail in the Rocky Mountains. That summer, Colorado was dealing with quite a few fires and what I hadn’t considered was a fire in one part of the state could impact another part of the state. That impact was through bad air quality and smoke. As we made our way on the trail you could see smoke everywhere blanketing the valley. I had a difficult time breathing on that hike and high altitude wasn’t the only factor.

Denver, Salt Lake City and other mountain towns regularly deal with dangerous levels of ozone and now share Ozone Action Day alerts to encourage people to stay inside due to poor air quality.

Have a basic knowledge of extreme weather events and the potential of them occurring in the place that you’re visiting. These events could include, but aren’t limited to the following,

What Tools to Use

Fortunately, it’s not difficult to stay informed on the impact of climate change on your future hike. Using apps such as All Trails, watching the news or going online for up to date on the ground information about your favorite trail or new to you trail is a good way to be informed about trail conditions in real time.

Use your common sense when hiking and pay attention to your surroundings. Situational awareness is a key part of recreating outdoors safely. Many busy trails are also looking at how to minimize the environmental impact of getting to more popular trails by providing shuttle service to and from trailheads. Do note that post COVID you may need to schedule a date to hike a popular trail depending on where you’re going.

Before going on your next hike make sure to let people know where you’re going and who you’ll be with on the trail. Always carry the 10 essential items for hiking iin the event that your trip doesn’t go as planned.

Unfortunately, it’s clear that climate change is happening and that we have to plan for those changes before heading out to enjoy our next hike.

Pin it for later!

Michelle Jackson is passionate about getting outdoors and normalizing POC faces in outdoor spaces. She grew up in Colorado and jokes that she’s a Colorado cliche. With a love of hiking, biking, camping, walking, and snowboarding you can find her doing one of those things throughout the year. She shares her love of Colorado via her blog and podcast Square State.

We use cookies on our website to give you the most relevant experience by remembering your preferences and repeat visits. By clicking “Accept”, you consent to the use of ALL the cookies.
Do not sell my personal information.
Cookie SettingsAccept
Manage consent

This website uses cookies to improve your experience while you navigate through the website. Out of these, the cookies that are categorized as necessary are stored on your browser as they are essential for the working of basic functionalities of the website. We also use third-party cookies that help us analyze and understand how you use this website. These cookies will be stored in your browser only with your consent. You also have the option to opt-out of these cookies. But opting out of some of these cookies may affect your browsing experience.
Necessary Always Enabled
Necessary cookies are absolutely essential for the website to function properly. These cookies ensure basic functionalities and security features of the website, anonymously.
Functional
Functional cookies help to perform certain functionalities like sharing the content of the website on social media platforms, collect feedbacks, and other third-party features.
Performance
Performance cookies are used to understand and analyze the key performance indexes of the website which helps in delivering a better user experience for the visitors.
Analytics
Analytical cookies are used to understand how visitors interact with the website. These cookies help provide information on metrics the number of visitors, bounce rate, traffic source, etc.
Advertisement
Advertisement cookies are used to provide visitors with relevant ads and marketing campaigns. These cookies track visitors across websites and collect information to provide customized ads.
Others
Other uncategorized cookies are those that are being analyzed and have not been classified into a category as yet.
SAVE & ACCEPT